Our firm was founded with the goal of helping clients simplify their financial lives. We strive to help create financial stability and peace of mind for each of our clients.

Our staff consists of seasoned professionals with a "hands-on" approach to financial guidance. We take time to listen to our clients, identify their goals and develop a personalized solution. Not only do clients find our team members knowledgeable, they also discover our staff truly cares about working together to make their financial goals become a reality. 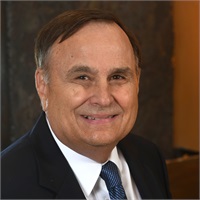 John began his career in banking in Oklahoma where he gained valuable experience in investments and acting as a fiduciary in his role in the bank trust department. He later spent 18 challenging months at a major Wall Street firm as a Financial Consultant. Both were precursors to him establishing an RIA, providing him the opportunity to serve individual investors in alignment with his core values. This would also allow him to attain a personal goal of becoming an independent business owner.

John and his wife CJ relocated to Texas, where they teamed together to make things work in both the new business and their family which included two young kids. No easy challenge given they only knew extended family members and had few contacts in their new location and zero clients. Building the business included using their time and interest in all aspects of service in their new hometown while making contacts and forging new relationships. These relationships, made over two decades, have supported the growth of IAS since its beginning.

IAS was started in 1994 where John remained the sole employee of the firm for seven years until adding a second individual to the firm. Today, over 28 years later, the firm remains efficient having only five highly motivated and engaged team members serving 180 individuals/families. The firm has leveraged the talent of its team members and technology in an attempt to provide additional value added services and a more engaged and collaborative client experience. We believe our firm’s strength lies in its client focused culture, team model and the relationships we have built with our clients, strategic partners and the community in which all team members are engaged in giving back. We value and support each team member having a healthy work life balance and an opportunity to be part of a team that makes a difference in the lives of others.

Investment Advisory Services (IAS) is an RIA located in The Woodlands Texas with AUM of over $420 million.